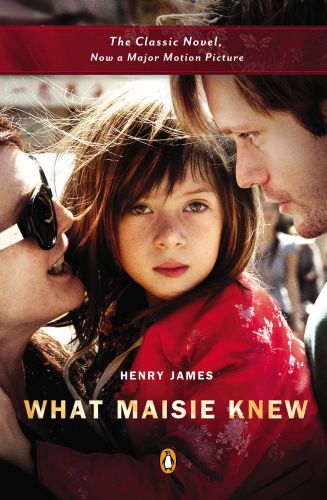 The inspiration for a new film starring Julianne Moore, Alexander Skarsgard, Steve Coogan, and Onata Aprile
After her parents' bitter divorce, young Maisie Farange finds herself shuttled between her selfish mother and vain father, who value her only as a means for provoking each other. Maisie-'solitary, observant, and wise beyond her years-'is drawn into an increasingly entangled adult world of intrigue and sexual betrayal until she is finally compelled to choose her own future. Published in 1897 as Henry James was experimenting with narrative technique and fascinated by the idea of the child's-eye view, What Maisie Knew is a subtle yet devastating portrayal of an innocent adrift in a corrupt society.