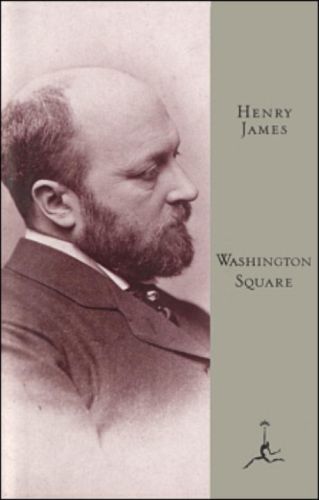 'Washington Square is perhaps the only novel in which a man has successfully invaded the feminine field and produced work comparable to Jane Austen's,' said Graham Greene.
Inspired by a story Henry James heard at a dinner party, Washington Square tells how the rakish but idle Morris Townsend tries to win the heart of heiress Catherine Sloper against the objections of her father. Precise and understated, the book endures as a matchless social study of New York in the mid-nineteenth century.
'Washington Square has long been beloved by almost all readers,' noted Louis Auchincloss. 'The chief beauty of the novel lies in its expression--by background, characterization, and dialogue--of its mild heroine's mood of long-suffering patience. Everything is ordered, polite, still: the charming old square in the pre-brownstone city, the small, innocent, decorous social gatherings, the formal good manners, the quaint reasonableness of the dialogues. . . . James was the poet of cities: New York in Washington Square.' Clifton Fadiman agreed: 'It has extraordinary charm, deriving from an almost Mozartian combination of sweetness and depth.